Making the bookmarks was harder than I thought it would be! I did quite a bit of experimenting with the final form before I settled. The bookmarks began as screenprinted lengths which were then folded over and stitched on the sewing machine. The stitching reminded me of the pathways walking through around Al Mutanabbi Street and the lines of shops and homes. 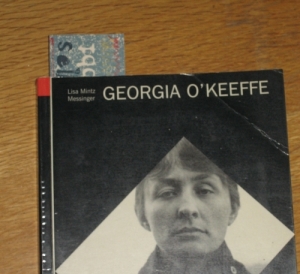 I chose art and photography books, partly because I was enjoying looking through them and partly because a reader might be curious to find out more on finding the bookmark. Indeed I got an email a week later from an acquaintance who asked me whether the bookmark was my handiwork. Exeter is not so big…!

Hi Catherine
Last week I borrowed a book from the Central Library, 20th Century Photography.
Only opened it today and out fell this bookmark. Is it yours? Even if it is that’s some coincidence. And if it isn’t?! Let me know.

He is now a printmaker for Absence and Presence!

One thought on “Catherine Cartwright UK”